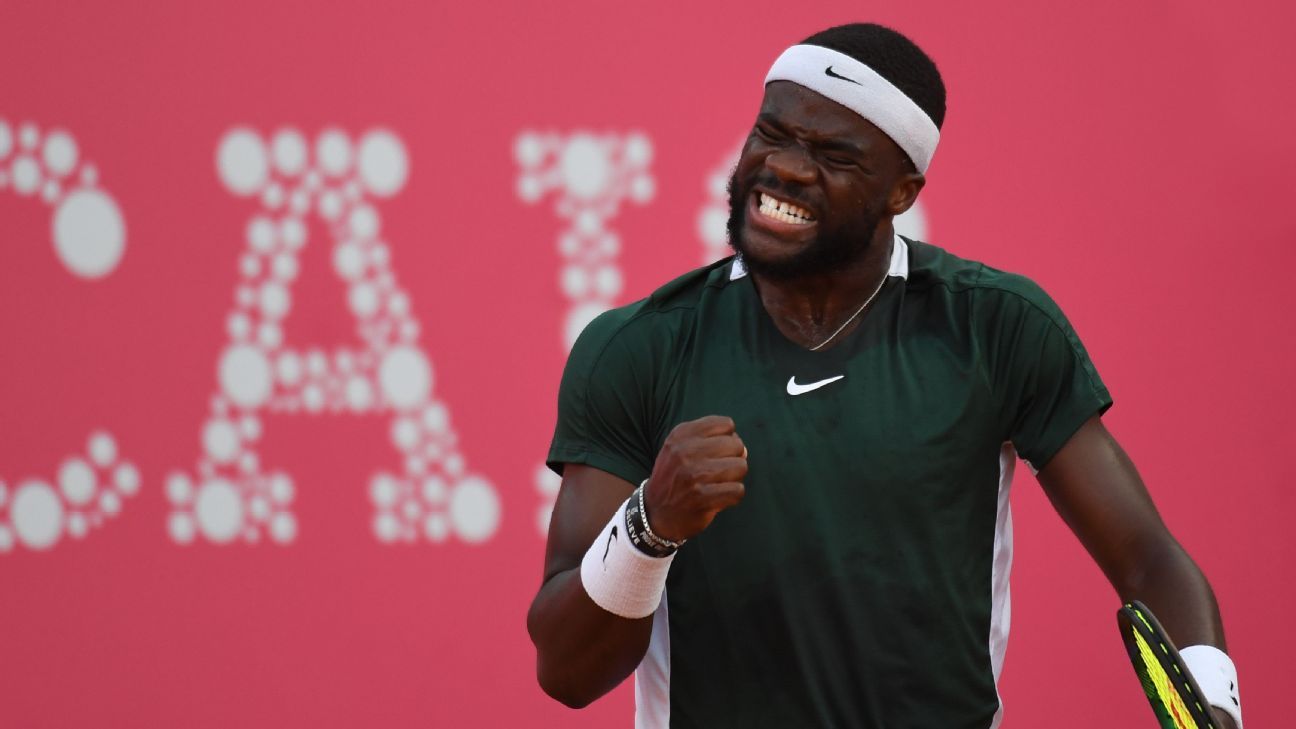 Frances Tiafoe reached the final of the Estoril Open with a 4-6 7-6 (7-2) 6-4 victory over Sebastian Korda on Saturday.

Tiafoe struggled against his fellow American in the opening set, despite some quality play at the net.

In the second he again found it difficult to carve any sort of advantage, until the lights came on in the tiebreak, which he dominated 7-2.

The deciding set was a mirror of the first as Korda ran out of steam and Tiafoe triumphed.

Tiafoe will face Sebastian Baez, who reached the final with a 6-3 6-7 (7-9) 6-0 victory over Albert Ramos-Vinolas earlier on Saturday.

The Argentine was far too strong for his Spanish opponent in the opening set, but struggled in the second, only just managing to force a tiebreak.

Ramos-Vinolas took that to force a deciding set, but Baez kicked up a gear and smashed his opponent to take the match.