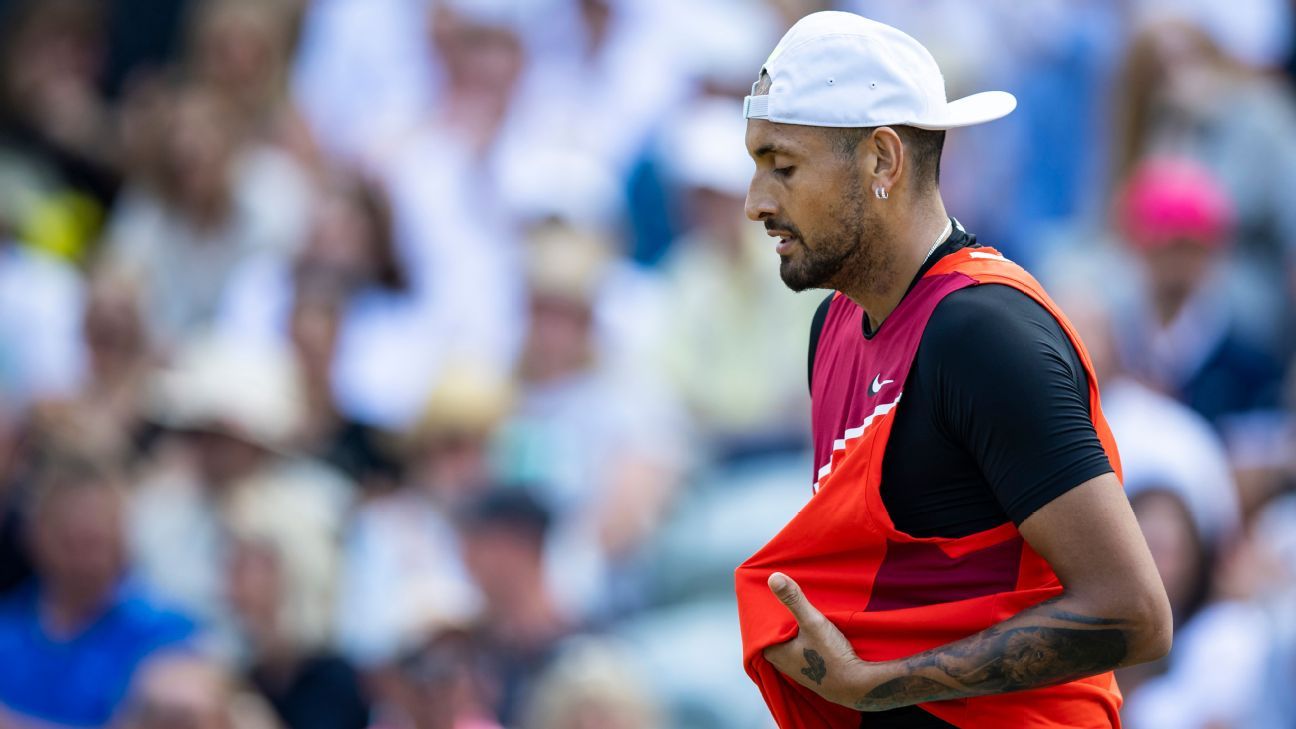 Australian Nick Kyrgios slammed the ATP Tour’s decision to trial off-court coaching and said Wednesday that the beauty of the sport where players had to figure things out on their own was being taken away.

The ATP will trial off-court coaching in the second half of the year, with players set to receive instructions in qualifying and main draw matches in tournaments including the U.S. Open and the ATP Finals.

Patrick Mouratoglou, who coached Serena Williams and now coaches Simona Halep, congratulated the ATP for ‘legalising’ a practice that has been going on at almost every match for decades” but Kyrgios said he opposed the move.

“Completely disagree. Loses one of the only unique traits that no other sport had,” Kyrgios said on Twitter.

“The player had to figure out things on his own. That was the beauty of it. What happens if a high-profile player versus a low-ranked player who doesn’t have or [cannot] afford a coach?”

The trial commences from the week of July 11 and will run through to the season-ending ATP Finals in November.

Mouratoglou was involved in an infamous incident of off-court coaching — which was initially not permitted at Grand Slams — at the 2018 U.S. Open final when Williams was given a warning for a coaching violation.

Mouratoglou had gestured in the stands during the dramatic decider against eventual winner Naomi Osaka. But the 52-year-old coach said later that he would do it again, describing it as the “most stupid rule” as nobody was penalised.