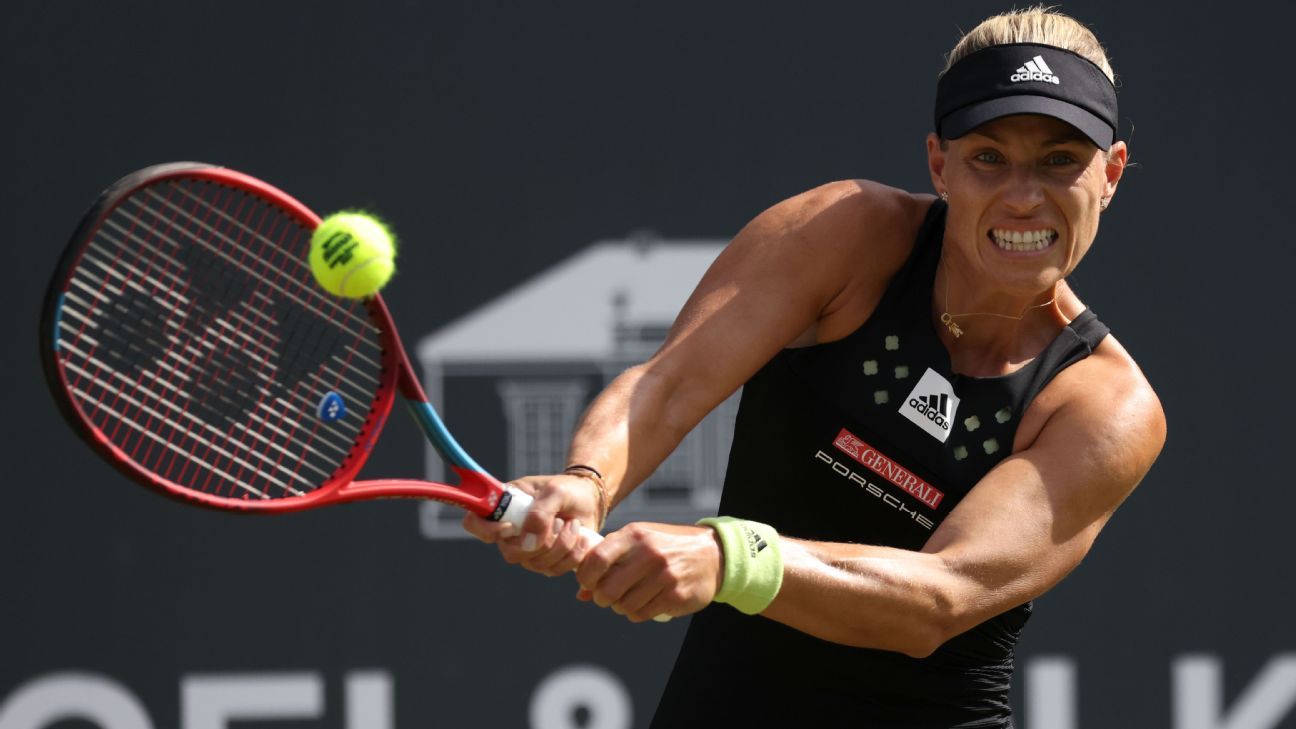 Angelique Kerber and Simona Halep booked their places in the quarterfinals of the Bad Homburg Open on Wednesday while Sabine Lisicki continued her winning comeback.

Kerber is now 7-0 in front of her home fans at Bad Homburg since the tournament made its tour debut last year.

Halep powered past Tamara Zidanšek 6-0, 6-3 to continue her solid start to the grass-court season after reaching the semifinals in Birmingham last week. Next up for the Romanian player is Amanda Anisimova, who needed just 50 minutes to beat fellow American Ann Li 6-0, 6-2.

Lisicki is making a comeback to the WTA Tour after knee injuries hampered her for a long spell. The former Wimbledon finalist reached the quarterfinals of a full tour event for the first time since February 2018 when she beat Greet Minnen 6-3, 2-6, 6-2.