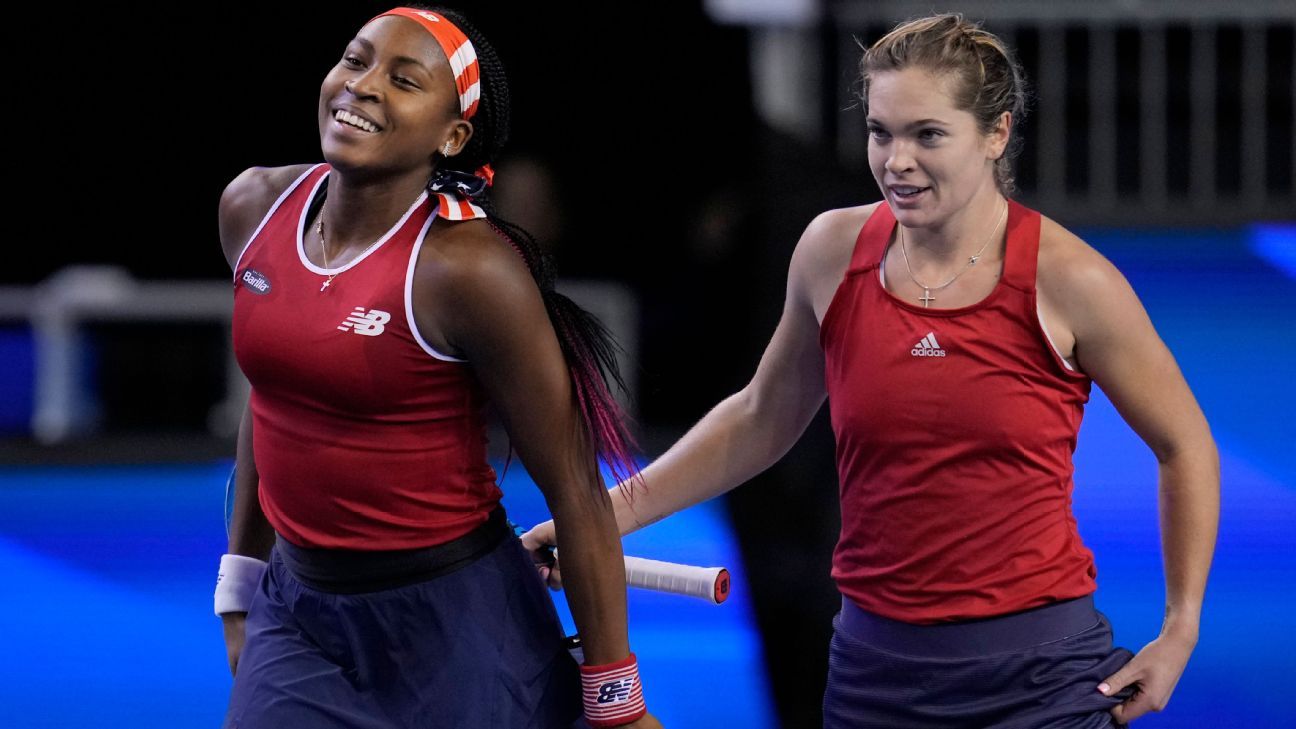 GLASGOW, Scotland — Coco Gauff and Caty McNally beat the Polish pair of Magda Linette and Alicja Rosolska 6-1, 6-2 to give the United States a 2-1 win at the Billie Jean King Cup team event on Wednesday.

The tournament was formerly known as the Fed Cup and is the premiere team event in women’s tennis.

The Americans had rested their top player, Gauff, for the singles after she played at the WTA Finals in Forth Worth, Texas last week.

Collins’ match began about two later than scheduled after some long matches earlier in the day, and the decisive doubles match finished after 12:30 a.m. Thursday.

Paula Badosa gave Spain an unassailable 2-0 lead against Kazakhstan by beating Elena Rybakina 6-2, 3-6, 6-4 in her debut at the event.

Switzerland swept Italy 3-0 with Jil Teichmann and Belinda Bencic both winning their singles matches before teaming up to take the doubles match as well.

There are 12 teams in the competition and they are split into four groups of three. Each match consists of two singles and a doubles.

The group winners will advance to the semifinals on Saturday, with the final on Sunday.