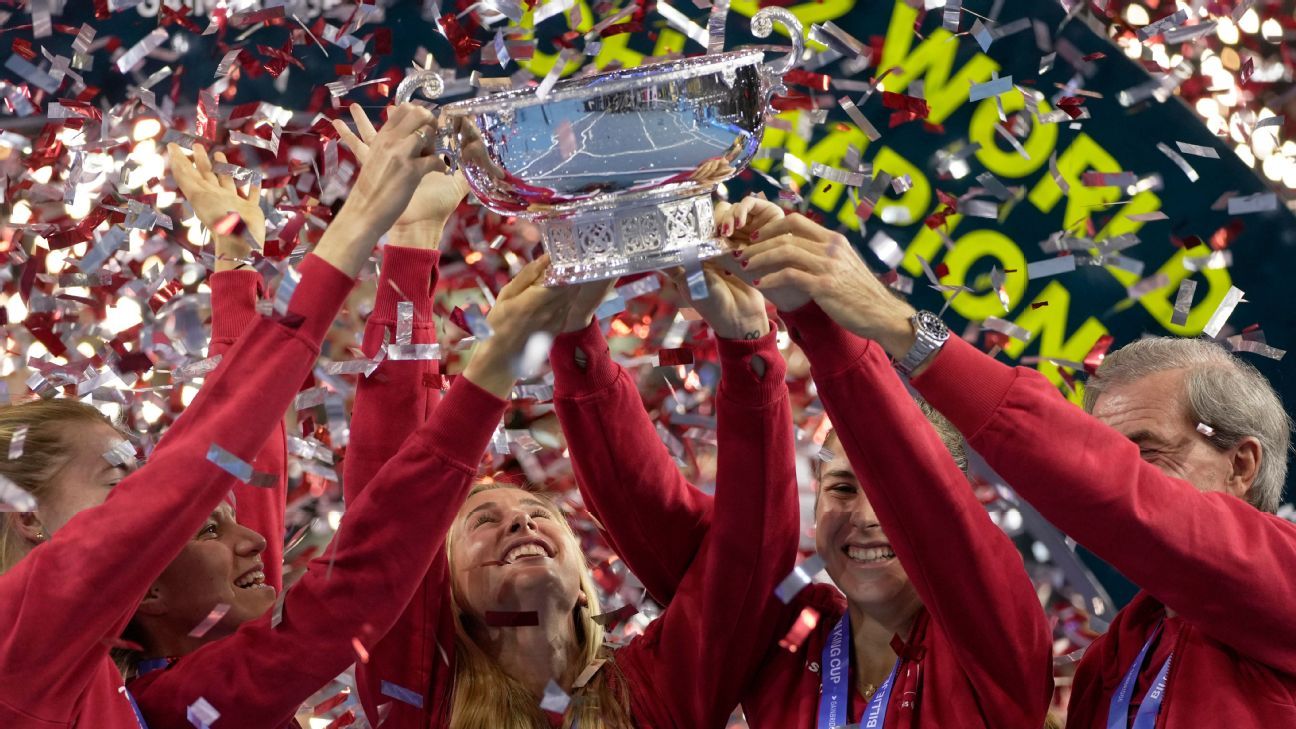 The Olympic singles champion made sure Switzerland won the biggest prize in women’s team tennis for the first time on Sunday, completing a near-perfect tournament by beating Australia’s Ajla Tomljanovic in straight sets in the Billie Jean King Cup final.

Bencic had not dropped a set all week and extended that streak by beating Tomljanovic 6-2, 6-1 to clinch the title. The 25-year-old Bencic has only made it past the quarterfinals of a Grand Slam tournament once — reaching the semifinals of the 2019 US Open — but seems to always raise her level when playing for Switzerland.

She won the singles gold at the Tokyo Olympics and also added a silver medal in the doubles.

On Sunday, she produced a near-flawless performance even after spending more than two hours cheering on Teichmann in the early match.

“I gave so much energy in Jil’s match, ‘cause I was trying to push her so much,” Bencic said. “Storm was playing incredible, she was throwing everything at Jil. And she stayed so strong, every point she didn’t go away. And she, like, refused to lose and fought with everything she had, and I was so proud and so inspired in a way. And I kind of tried to do the same thing. I don’t think we got it yet, that we’re the first ones (from Switzerland) to win.”

The Swiss had never won the competition formerly known as the Fed Cup, losing the final in 1998 and again last year. Australia won it seven times, but the last was in 1974. The Australians have reached 10 finals since then, but lost them all.

“We didn’t win this just today, it was this week, and it was actually over years,” Switzerland team captain Heinz Guenthardt said. “Who knows why you win something and you lose something. A lot of it has to do with heart. And this team has a lot of heart, I tell you.”

Bencic said last year’s loss in the final served as extra motivation this time around.

“We were finalists last year and we were so heartbroken,” Bencic said. “I don’t think I’ve cried so much. But in the locker room (Teichmann) came to me and said, ‘Next year we’re going to do it.’ And we did.”