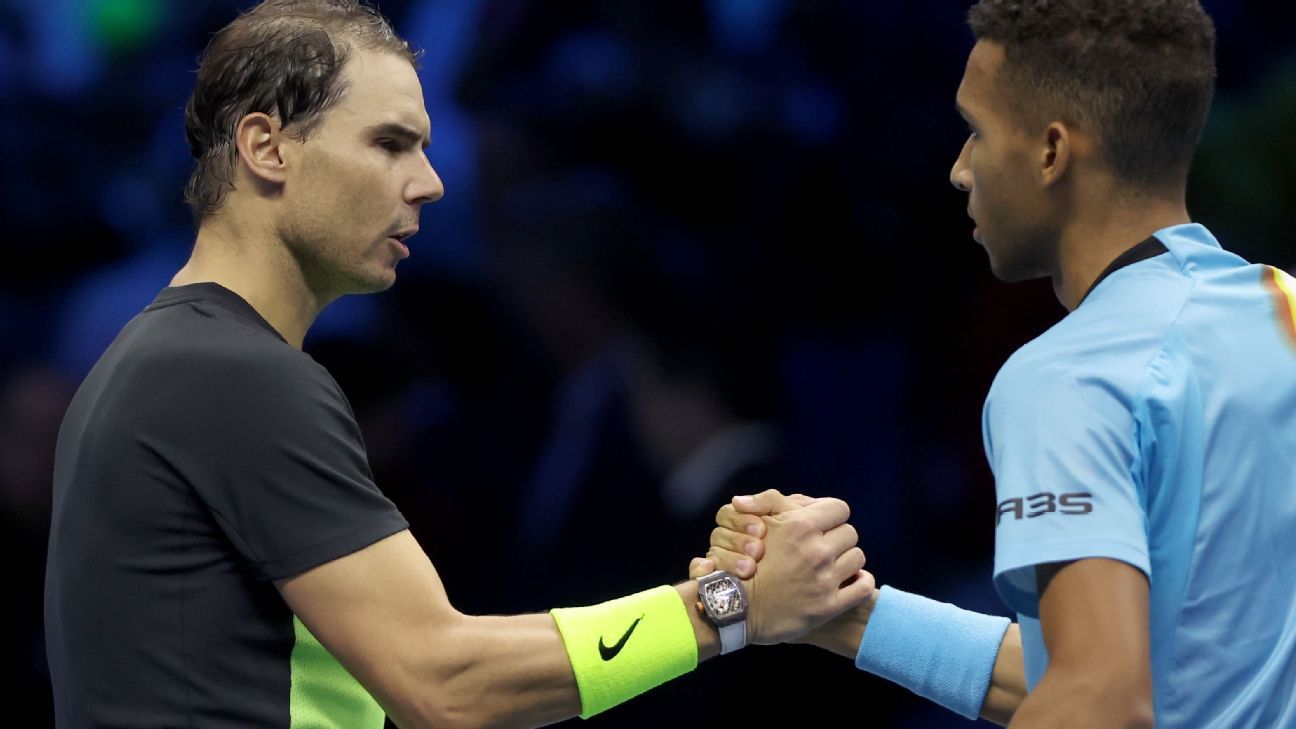 The top-seeded Nadal lost 6-3, 6-4 to tournament debutant Felix Auger-Aliassime to leave him with two straight defeats in Turin.

The 36-year-old Nadal has now lost four straight matches for only the second time in his career, following defeats at the U.S. Open and Paris.

It was Auger-Aliassime’s first victory over Nadal in three attempts.

Nadal was beaten by eighth-seeded Taylor Fritz of the United States in their opening match on Sunday.

The fifth-seeded Auger-Aliassime also lost his opener, to Casper Ruud, and so Tuesday’s match was crucial to both players’ hopes of staying in the tournament.

The turning point came in the eighth game. Nadal was 40-0 up on his serve but two double-faults and a string of errors handed Auger-Aliassime the first break of the match.

Nadal had already wasted four break points, including two in the first game.

Auger-Aliassime served out for the set and went on to break Nadal’s serve again in the third game of the second set. The Canadian sealed the match at his first opportunity when Nadal hit a return into the net.

Nadal could be eliminated from the tournament later unless Fritz beats the third-seeded Ruud in two sets.